First of all: IT WAS BEAUTIFULLLLLLLLLLLLLLLLLL! *-*
We met new friends, new people... new contacts ;)

And here are some "after the festival" drawing... enjoy ^^


My first drawing, with new tools, last night in Angouleme... 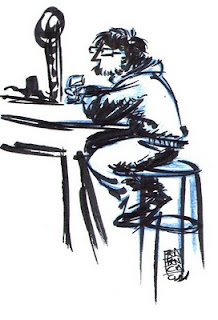 Waiting for the plane, and on it ^^ 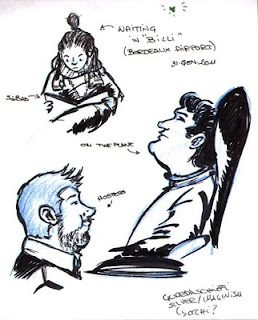 On the train from Milano to Bologna (copying from a megazine) 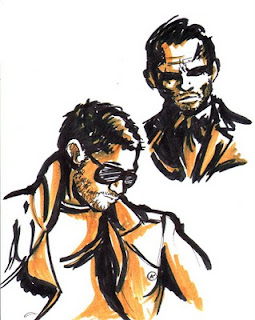 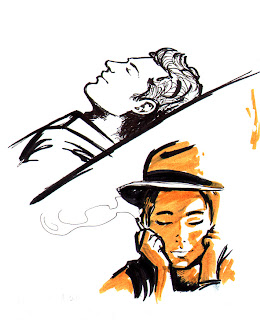 The Genius here was made on the train and inked after, at home (too much shaking XD )
Others were copied from Jose Lopez "Mariachi Samurai", a sketchbook I bought there ^^ 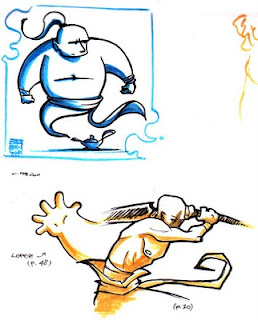 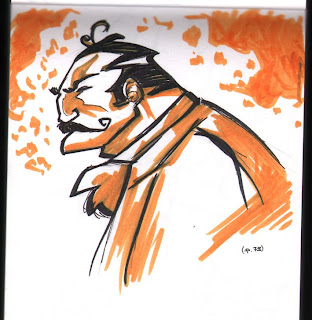 PS
I don't know why, but my scanner made the yellow looking too much like orange... bof ._.
Pubblicato da Bea a 10:08 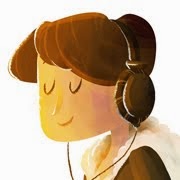